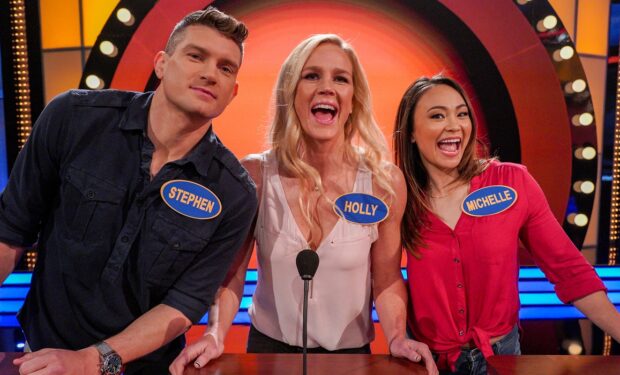 Throw back to Mexico where hair is messier and freckles get darker. Well…. in all honesty my hair is always messy but whatever. [email protected] #tbt #summerdays

When not in the cage or on Celebrity Family Feud, the 39-year-old former UFC Women’s Bantamweight Champion enjoys the great outdoors and sometimes in a tiny string bikini as seen in the close-up pics above taken in Mexico “where hair is messier and freckles get darker,” she wrote.

Sunshine and laughter fueled my soul today. ☀️ oh and a pool…. which is a rarity this summer.

Last 2 slides are #instagram vs #reality. We cheer just as loudly for each other as we do laugh at each other…. ALWAYS….. and since I didn’t know how to add music to cover the laughs and cheers then just keep the volume off if you don’t want to hear us laughing our arses off. @shandadiantonio @gallegos_megan @treesa321 @eatfitabq