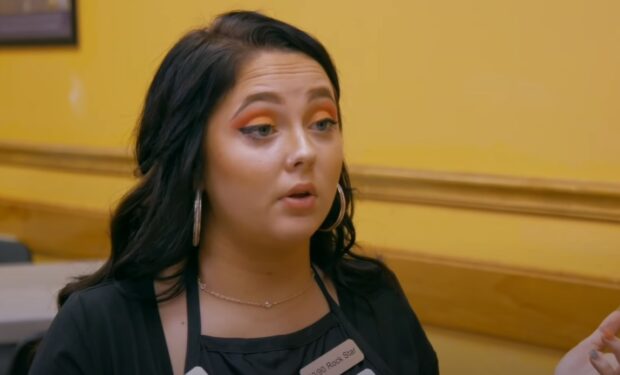 On Season 10 of Teen Mom 2, while Briana DeJesus and her daughter Nova are confronted by the reappearance of DeVoin’s family after being absent for years, the drama in Jade Cline’s life continues.

MTV reports that “an explosive family brawl” leaves the recently licensed cosmetologist Jade caught between her boyfriend and baby daddy Sean and her parents, all of whom have recently lost their jobs (watch clip below).

Of course, without a job, it’s difficult to pay rent. In the clip below, Jade “calls out Sean” after she gets a call from Sean’s landlord telling her to get a lawyer because if Sean doesn’t pay rent (Jade’s name is on the lease) the landlord is going to sue her.

Sean tries to assure Jade that he’ll take care of it — and in six days! — but Jade is not convinced. “Good luck,” she tells him. Teen Mom 2 airs Tuesdays at 8:00 PM ON MTV.