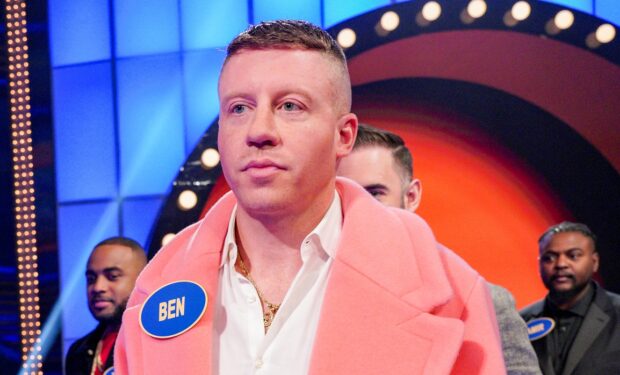 In the second round, rapper Lil Yachty goes head-to-head with Grammy Award-winning recording artist Macklemore who dons an oversized bright pink women’s cashmere overcoat by Burberry. The silhouette is designed to “cocoon” one’s body. As one fan wrote: “jacket is a big drip.”

During the show, Macklemore lets Harvey wear the coat and Harvey seizes the moment to strut his stuff on stage as seen in the photos above and below.