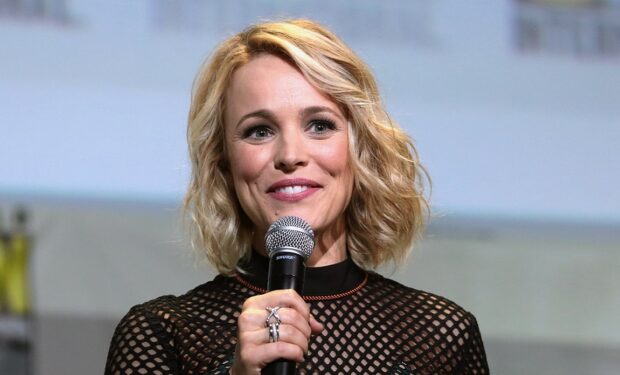 Hollywood movie star Rachel McAdams (The Notebook, Wedding Crashers, Mean Girls) has been spending her time in quarantine with her two-year-old son and his father, her boyfriend of four years, screenwriter Jamie Linden.

Last month, it was confirmed that the couple is expecting their second child together. McAdams, 41, told InStyle magazine that she’s enjoying the change of pace (from Hollywood to parenthood) and vows to keep her son’s life “private, even if mine isn’t.”

Jamie Linden, 40, co-produced and co-wrote the 2006 movie We Are Marshall starring Matthew McConaughey as a college football coach, and the 2010 romantic drama Dear John (starring Channing Tatum and Amanda Seyfried) based on the novel by Nicholas Sparks – who also wrote The Notebook!

Linden has screenwriting credit on the upcoming sci-fi film Chaos Walking (based on the Patrick Ness novel The Knife of Never Letting Go) which was dropped by fellow screenwriter Charlie Kaufman. Chaos Walking stars Tom Holland and Daisy Ridley and is scheduled to be released on January 22, 2021.

P.S. It’s rumored that McAdams will reprise her role as Irene Adler for the 2021 film Sherlock Holmes 3 opposite Robert Downey Jr. and Jude Law.