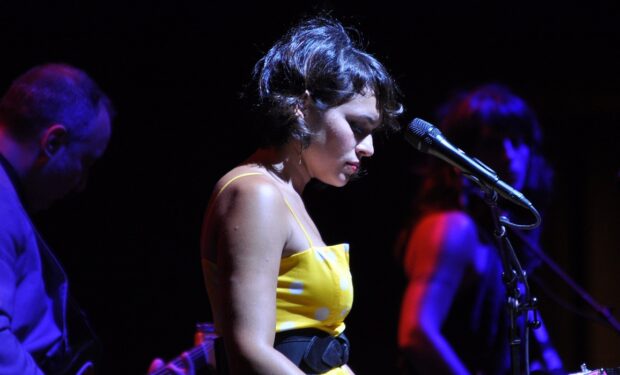 Before Game 5 of the NBA Finals between the Los Angeles Lakers and the Miami Heat (Lakers are up 3-1), nine-time Grammy Award winning recording artist Norah Jones will perform a song from her new album Pick Me Up Off the Floor on Jimmy Kimmel Live. Other guests on the 30-minute special include Oscar Award-winner Jamie Foxx and rapper/activist Killer Mike.

In the “Hurts To Be Alone” video, the camera focuses on her angelic face, those corkscrew curls, and teases viewers with her bare shoulders but never reveals what she’s wearing below!

Fans love the song and her new look. One wrote: “Norah has never looked better. Age and curly hair suits her.” Another wrote: “Love the song Norah, and I love your crazy wavy hair.”