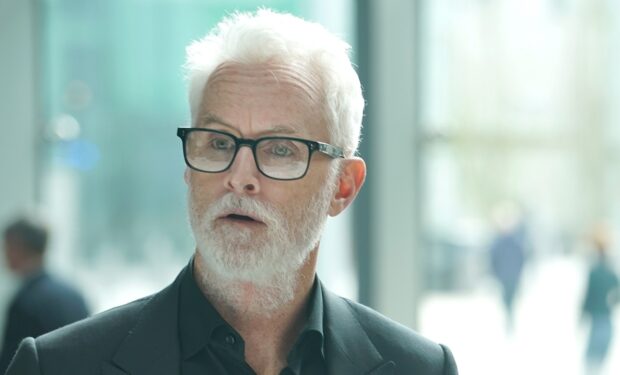 John Slattery in NEXT (Shane Harvey/FOX)

The protagonist of the new FOX sci-fi series Next is Silicon Valley pioneer Paul LeBlanc (John Slattery, Roger Sterling on Mad Men). The former tech CEO teams up with a Homeland Cybersecurity Agent in the FBI when his powerful Artificial Intelligence (called NEXT) goes rogue.

After watching the trailer above, many fans left comments like “I’m throwing my iphone out the window right now” and “I’m surrounded by smart tech. This trailer was the LAST thing I needed to see since we’re stuck in quarantine.”

Slattery reveals that Paul LeBlanc also has “this brain disease so he’s slowly going crazy while telling the world a really crazy story. No one knows whether to believe the guy or whether he’s just a crazy a—hole.”

Next airs Tuesdays at 9 pm on FOX.