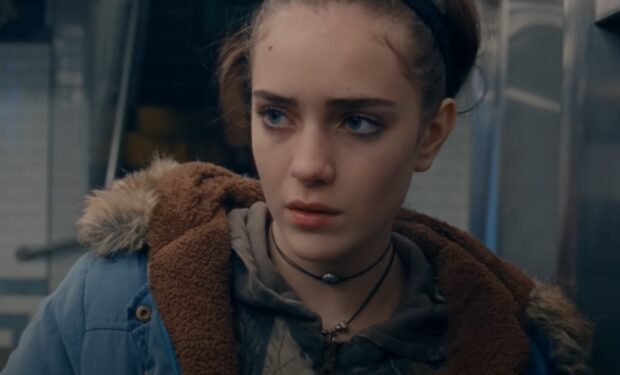 The protagonist of the 2020 film Never Rarely Sometimes Always is 17-year-old Autumn (Sidney Flanigan). When the young grocery store cashier discovers that she’s pregnant, she travels from rural Pennsylvania to New York City to get an abortion (a local abortion would require a parental permission). Autumn travels to Manhattan with her supportive cousin and fellow cashier Skylar (Talia Ryder).

Talia Ryder, who just turned 18!, will appear next on the big screen in Steven Spielberg’s remake of West Side Story (Jet), which will be released in 2021.

Talia also starred as Hortensia in Matilda the Musical on Broadway from 2015 to 2017!