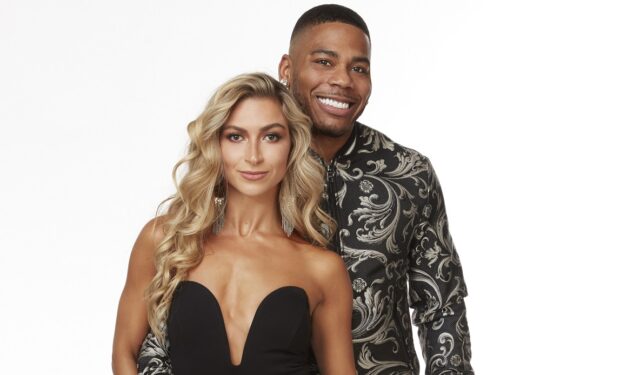 Grammy-winning rapper Nelly is competing on Season 29 of Dancing with the Stars. For his fourth week live performance, he and his professional dance partner Danielle Karagach are dancing the Paso Doble to “All I Do is Win” by DJ Khaled.

Hours prior to the big show, Nelly revealed his new custom Air Jordan 1 high-top dance shoes via The Shoe Surgeon (see below). When Danielle saw the shoes, she replied: “SICK” with a fire emoji. One fan wrote: “Them Sammy Davis Jr 1’s.”

Every week, Nelly aka Yung Swivel has been giving his fans a sneak peek at the custom dance shoes he wears on Dancing with the Stars which airs Mondays at 8 pm on ABC.