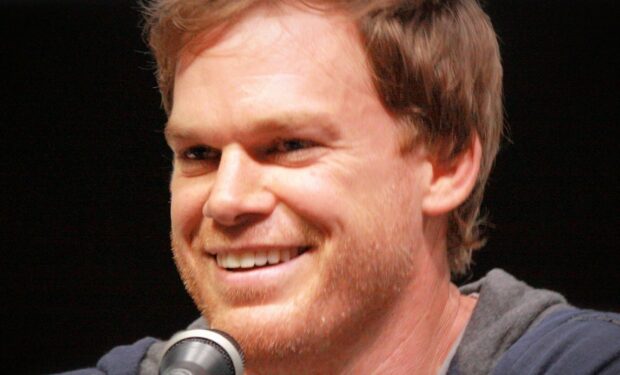 The big TV entertainment news is that actor Michael C. Hall is reprising his serial killer role as Dexter for a limited series (10 episodes) on Showtime. THR reports that filming will begin early 2021 and a fall premiere is planned.

The limited series will pick up where the show left off eight years ago in 2013: with Dexter Morgan pursuing a self-imposed exile as a lumberjack in the Pacific Northwest.

But before fans get another glimpse of Hall as Dexter, they can watch Hall play the father of 13-year-old John (Charlie Shotwell, Troop Zero, Captain Fantastic) who holds him hostage (and the rest of his family) in a hole the boy discovered in the backyard. See father-son behind-the-scene photos above.

The psychological thriller John and the Hole was written by Academy Award-winning screenwriter Nicolás Giacobone (Birdman). The film is based on his short story El Pozo (The Hole). The “weird story” was selected for the 2020 Cannes Film Festival. As Charlie writes above: “Hope we get news that it will be available to watch somewhere soon!”