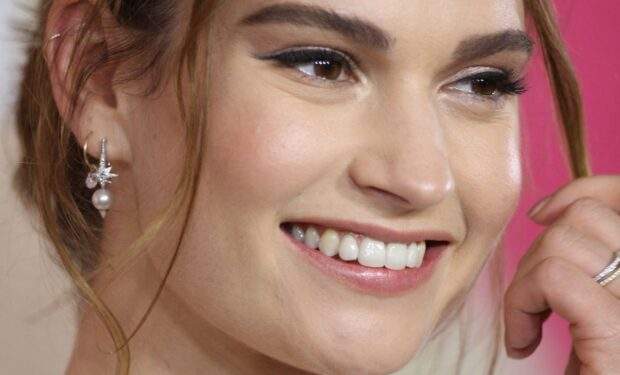 Actress Lily James is best known for her starring role in Kenneth Branagh’s Cinderella but she’s about to turn a dark corner as she plays Mrs. de Winter in the 2020 remake of the 1940 Albert Hitchcock film Rebecca (based on the Daphne du Maurier novel of the same title). It won Best Picture at the 1941 Academy Awards. Director Hitchcock and Hollywood stars Joan Fontaine (Mrs. de Winter) and Laurence Olivier (Maxim de Winter) were nominated for Oscars, too.

Rebecca is about a newlywed woman (Lily James’s character) who struggles to adjust to her new role as an aristocrat’s (Armie Hammer) wife living in a remote mansion on English coast while being intimidated by the spectral presence of his hauntingly beautiful dead first wife, Rebecca.

In the trailer above, after Maxim tells his new wife, “All marriages have secrets,” she continues to seek the truth about her “accidental” death. Oscar nominee Kristen Scott Thomas (The English Patient) plays a convincingly cruel Mrs. Danvers.