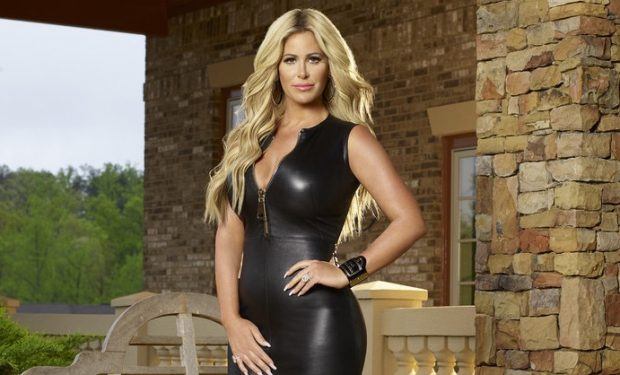 Reality TV star Kim Zolciak-Biermann (formerly of The Real Housewives of Atlanta) is celebrating Season 8 of her spin-off series Don’t Be Tardy… which is filmed at her home and with her family including her former NFL football player husband Kroy Biermann. When not filming Don’t Be Tardy… Kim is modeling for online retailer SHEIN.

When the 42-year-old mother of six shared the SHEIN photos above, she reports that she’s “obsessed” with the tiny tartan wrap mini dress she’s in but her fans are obsessed with those knee-high white boots — which are not available via SHEIN; they are designer label FENDI.

As Instagram lingerie model Abigail Ratchford aka the Queen of Curves wrote to Kim: “Okayyy looking like a 21 year old over there 🙌🏼 goals.” Abigail also replied to the closeup pic above: “Perfect teeth goalssss.”