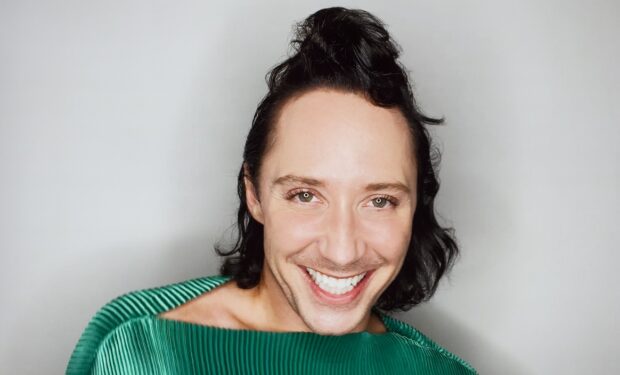 On the seventh week of Dancing with the Stars, the remaining 10 pairs of celebrity contestants and their professional dance partners celebrate Halloween with ‘Villains Night.’

Johnny captioned the photo above: “vampire hickey.” They know how to strike a pose.