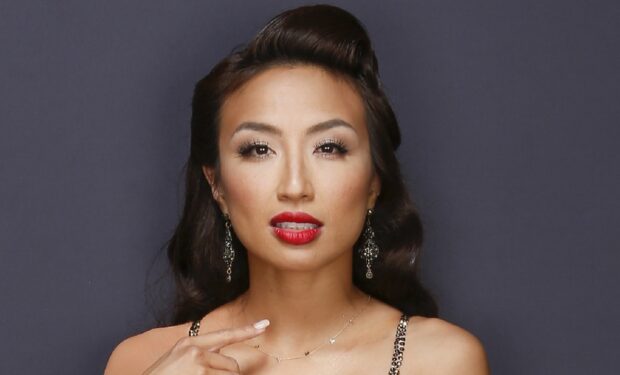 Jeannie Mai on DANCING WITH THE STARS (ABC/Kelsey McNeal)

The Real co-host and Holey Moley sideline reporter Jeannie Mai and her pro dance partner Brandon Armstrong have made it to the seventh week of this season’s Dancing with the Stars.

For the Halloween-themed Villains Night, Jeannie and Brandon dance the Paso Doble to the song ‘Maneater’ by Nelly Furtado. Jeannie is dressed in a costume inspired by Hannibal Lecter, the cannibal from The Silence of the Lambs.

When Jeannie shared the video above the day before Villains Night, she wrote “Guess who’s on Mai’s menu?” Her +2 million Instagram followers are going crazy for the creepy video. As one wrote: “this is so demonic and disturbing.”