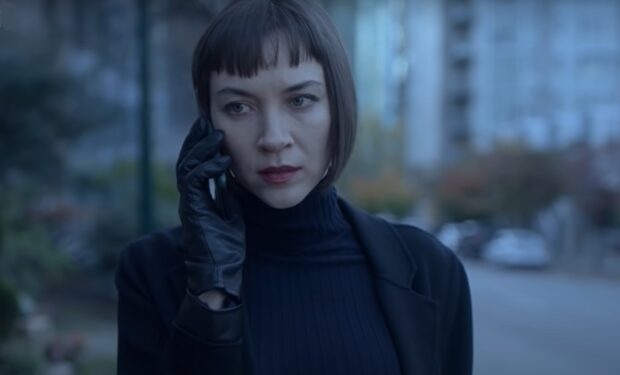 The new hulu streaming series Helstrom is based on Marvel Comics characters Daimon and Ana Hellstrom, children of a satanic serial killer. Ana, who runs a successful auction house as a cover while hunting people who hurt others, is portrayed by Sydney Lemmon, the 30-year-old daughter of actor Chris Lemmon (Wishmaster) and granddaughter of the late great Jack Lemmon.

Jack Lemmon was nominated for an Academy Award eight times (Some Like It Hot, The Apartment, Days of Wine and Roses, The China Syndrome, Tribute, Missing) and won twice (Mister Roberts, Save the Tiger). He also won two Primetime Emmy Awards including one for one of his last performances, Tuesdays with Morrie (1999).

After receiving her Masters at the Yale School of Drama in 2017 (her father and grandfather are Harvard alumni), Sydney Lemmon made her Broadway debut alongside Uma Thurman in The Parisian Woman in 2018.