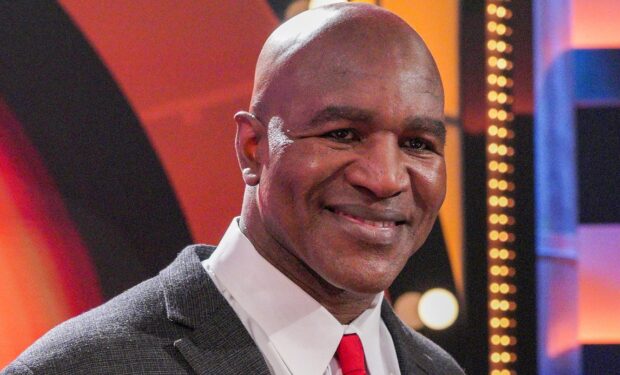 On Season 6 of Celebrity Family Feud, host Steve Harvey welcomes championship boxers from WBC as they get into the ring with a UFC team to battle it out for their chosen charities. Former heavyweight champion Evander Holyfield aka “The Real Deal” stands out.

A few nights before his appearance on Celebrity Family Feud, the 58-year-old Holyfield flaunted his grilling technique at a campfire pit which is on the premises of his Miami mansion.

In the video above, he says his double hot dog meal is not only great but “healthy” too!

If you think Holyfield’s Miami mansion looks nice, you should have seen his 54,000 square-foot, 109 room estate in Atlanta, which he sold to Rick Ross in 2014. Scenes for the Coming to America sequel Coming 2 America with Eddie Murphy and Arsenio Hall have been filmed at the house.