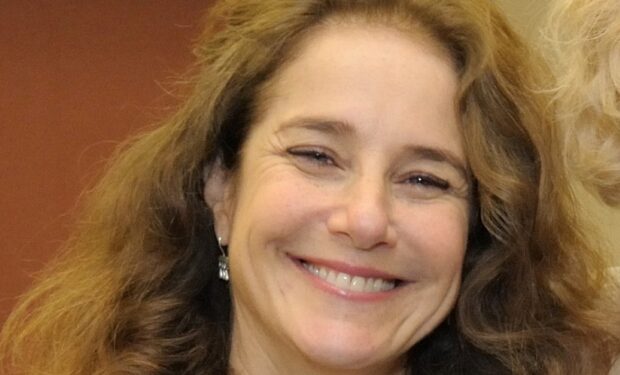 Hollywood star Debra Winger is known for roles in blockbuster films including An Officer and a Gentleman, Terms of Endearment, Urban Cowboy, Legal Eagles, and Betrayed, among many others. The 65-year-old actress is currently playing Maggie Bennett in the Netflix series The Ranch and is starring in Miranda July’s new crime comedy film Kajillionaire.

In Kajillionaire, Winger plays Theresa Dyne, an eccentric disheveled con artist/grifter who, with her husband (Richard Jenkins), has made their one and only child (Evan Rachel Wood) an accomplice to their thefts and scams. Winger, who’s known for her naturally wavy/curly dark hair, wears a very long and very straight graying wig in Kajillionaire. See trailer above.

July wrote and directed the film which was produced by Brad Pitt and his production company Plan B Entertainment.