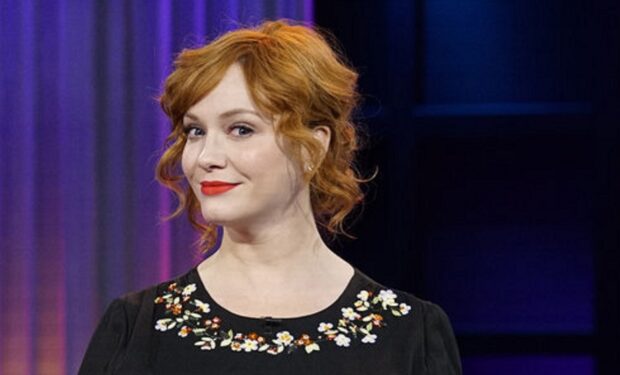 Halloween is approaching and SYFY is kicking off the month of October by airing the 2018 horror movie The Strangers: Prey at Night starring Christina Hendricks and former Good Witch star Bailee Madison as her daughter.

When not on a movie or TV set (Good Girls, Mad Men), Hendricks keeps her Instagram account active. When she posted the little gem above, she wrote: “I found this needlepoint at a thrift store in Palm Springs a few years back. It’s like a Twilight Zone episode where you become trapped in your own crafting. Well, Cheers! to my needlepoint twin!”

The Strangers: Prey At Night airs Thursday, October 1 at 9 PM ON SYFY.