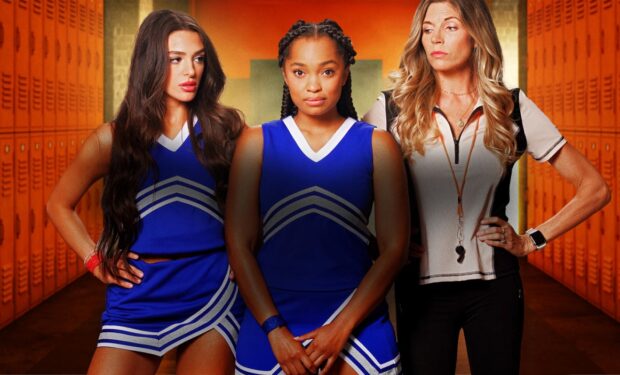 The protagonist of the Lifetime movie Cheer Camp Killer is Sophia (Mariah Robinson). She’s ecstatic when she gets into an exclusive cheer camp with her best friend. But not everyone is happy to see Sophia including queen bee Victoria (Sydney Malakeh) who is threatened by Sophia’s skills. So much so that Victoria launches a dangerous plan to get her new rival Sophia out of the way.

In the eight-second Vimeo video above, the Wilmington, Delaware native Sydney Malakeh (in a cute bikini) reveals her height (5’4″) and an interesting fact: that her next door neighbor was Democratic presidential candidate, former Vice President of the United States, and former U.S. Senator from Delaware, Joe Biden.