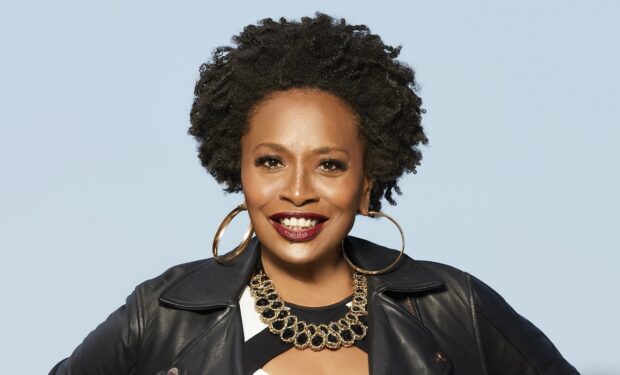 Jenifer Lewis stars in the popular sitcom black-ish as Dre’s (Anthony Anderson) mother Ruby. But before ‘The Mother of Black Hollywood’ made it big in the movies and on TV, she launched her career on Broadway and as a back-up singer for Bette Midler (Miss M’s trio was known as The Harlettes).

Now Jenifer Lewis is flaunting her triple-threat talents in Dolly Parton’s Christmas on the Square, a Netflix holiday musical. See trailer below.

Christmas on the Square is a female twist on the story of Scrooge. Christine Baranski (The Good Wife, The Good Fight) plays an unhappy, mean and greedy landlord who is visited by an angel (Dolly) who encourages the scrooge to change her ways.

Jenifer plays an owner of a hair salon who’s been served eviction papers. The music and lyrics of all 14 original songs are by Dolly.

Dolly Parton’s Christmas on the Square, which will be released on November 22, is directed by Debbie Allen (Grey’s Anatomy, Fame).