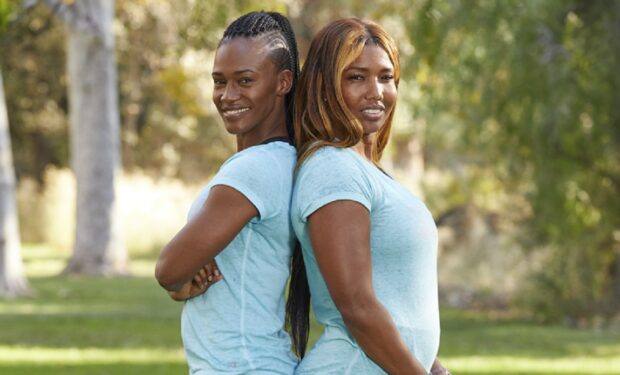 On Season 32 of The Amazing Race, 11 pairs/teams will compete for the $1 million prize. One of the most impressive teams consists of track and field Olympians Kellie Wells-Brinkley and LaVonne Idlette (100 metres hurdles). They both competed at the 2012 Olympics in London. Kellie went home with a Bronze medal.

Kellie is married to retired NFL linebacker Jasper Brinkley who played his last season in 2015 with the New York Giants. But before their big day, Kellie appeared on another reality TV show — Say Yes to the Dress, where she found her wedding dress. See clip below. That’s Jasper who gets teary-eyed.

The Amazing Race airs Wednesdays at 8 pm on CBS.