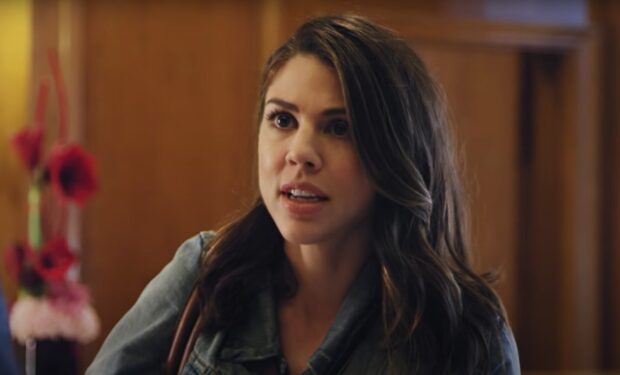 When Aubrey asks about Jackson’s mysterious family, whom she hasn’t yet met, he tells her “when you meet my mom, you’ll understand.” Aubrey is caught off guard when she discovers that his mother Rose (Kelly McGillis) is on the island and introduces herself when Jackson goes missing.

Kate Mansi is best known for her Daytime Emmy Award-winning role as Abigail Deveraux DiMera on the soap opera Days of Our Lives.

For her lead role in Maternal Secrets, Kate was nominated for “Best Actress” awards at the 2019 Southampton International Film Festival and the 2018 California Women’s Film Festival.