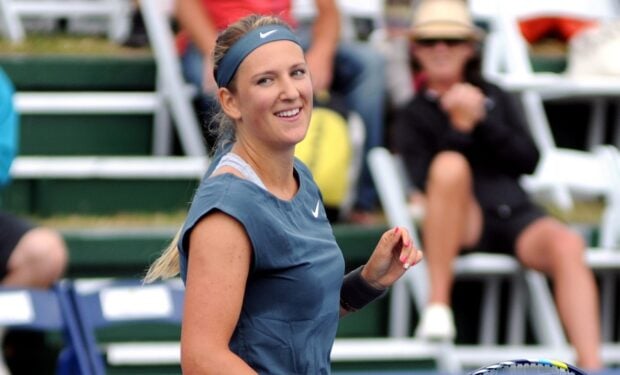 Victoria Azarenka is the 6-foot-tall Belarusian professional tennis player who’s advanced to the quarterfinals of the 2020 US Open. The former world No. 1 player is one of several moms who have advanced this far — including her most notable rival Serena Williams (who faces another mom Tsvetana Pironkova).

[Related: Pironkova Wears Own Clothing Brand at US Open Against Serena Williams]

When not on the court, the 31-year-old Azarenka spends time with her 3-year-old son Leo and sometimes in a tiny string bikini as seen above. She left the caption: “JaJa turned me into Sirena.” Sirena (although pronounced like Serena) is another word for mermaid.

The Victoria Azarenka vs No. 16 Elise Mertens match at the 2020 US Open airs from USTA Billie Jean King National Tennis Center in New York City on Wednesday, September 9 at 7 pm on ESPN2.