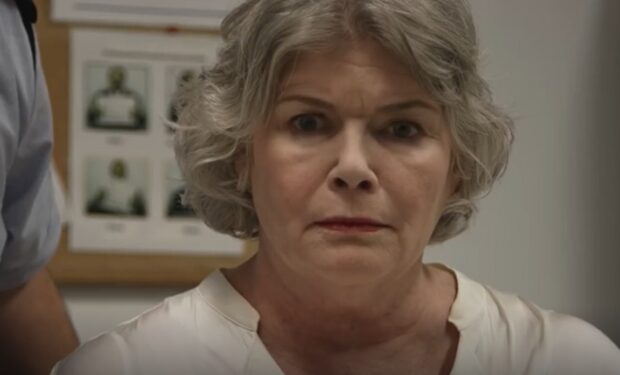 The protagonist of the Lifetime movie Maternal Secrets (originally titled Mother of All Secrets) is Aubrey (Kate Mansi). She’s pregnant and on vacation (a babymoon) in Bermuda with her boyfriend Jackson (Sean Stolzen). Things take a bad turn for Aubrey when Jackson goes missing and she discovers his mother Rose (Kelly McGillis!) is on the island. Rose thinks Jackson can do better.

Kelly McGillis, 63, is best known for her roles in 1980s Hollywood blockbusters including The Accused with Jodie Foster, Top Gun with Tom Cruise, and Witness with Harrison Ford.