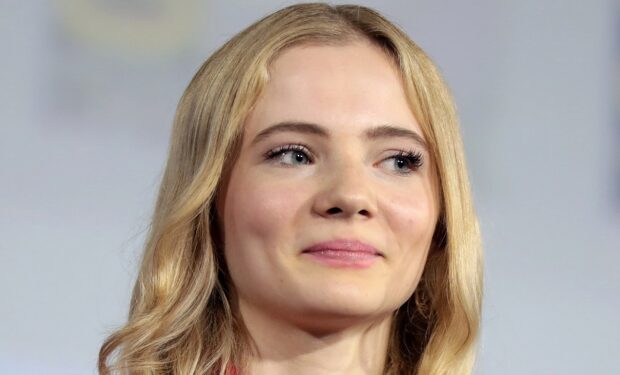 British actress Freya Allan stars as Kail in the new HBO mini-series The Third Day starring Jude Law, Naomi Harris and Emily Watson. The first-half of the story focuses on a man (Law) who finds himself on a mysterious secluded island off the British coast where he encounters a group of islanders who “act like something bad is going to happen.”

When not on a movie set, 18-year-old Freya (who’s best known for her role as princess Ciri on the Netflix series The Witcher) is often in front of a camera as seen in the gorgeous series of photos below where she’s bareback-riding a horse in a string bikini.

The Third Day premieres on Monday, September 14 on HBO.