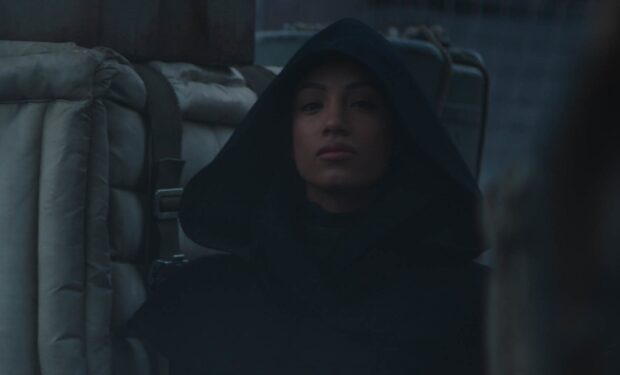 The Mandalorian (the first live-action series in the Star Wars franchise) is about a lone Mandalorian bounty hunter Din Djarin (Pedro Pascal, Game of Thrones) in the outer reaches of the galaxy, far from the authority of the New Republic.

In the Season 2 trailer (above), a mysterious woman in a hooded black robe appears in the shadows; she’s portrayed by WWE pro wrestler Sasha Banks. Fun fact: The 28-year-old Californian is a first cousin of rapper Snoop Dogg, who helped her develop her wrestling persona. She’s also cousins with singers/actors Brandy Norwood and Ray J.

When not filming The Mandalorian, Sasha (Mercedes Varnado) spends time at home with her dog and in their new inflatable pool –which she is determined to keep filled!