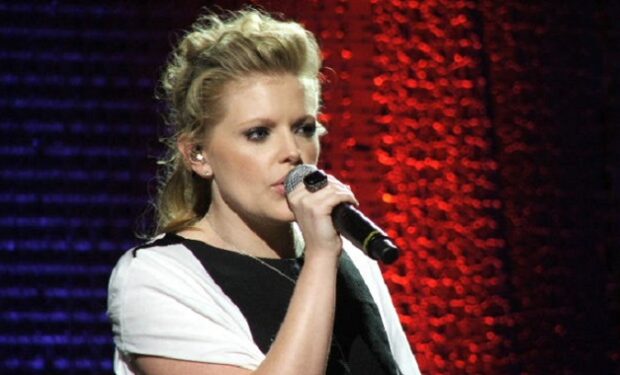 Rolling Stone magazine has The Weeknd on the cover of its October 2021 Grammy Preview issue which has many talking about possible Album of the Year nominees beside The Weeknd’s After Hours. Lady Gaga’s dance pop album Chromatica is a contender, as is The Chicks’s Gaslighter.

The trio (formerly known as the Dixie Chicks) has won the Grammy honor before in 2007 with their album Taking the Long Way, after being shunned by many country music listeners and radio stations after their anti-Iraq War comments in 2003.

Their new album Gaslighter is being touted as “the boldest and most bracing” divorce album ever recorded. In December 2019, lead singer Natalie Maine‘s divorce from her husband of 17 years, actor Adrian Pasdar, was finalized.

The Gaslighter lyrics are clearly about a failed married with a Hollywood actor who “lied lied lied“. Lyrics include details including: “We moved to California and we followed your dreams” and “Swore that night ’till death do us part” and “Hollywood welcomed you with open doors.”

But looking at the montage video above featuring President Trump downplaying the number of COVID-19 cases and deaths, which Maines shared on Instagram with hashtags #liar, #murderer, #narcissist, it appears the lyrics of the single Gaslighter are more political than personal.