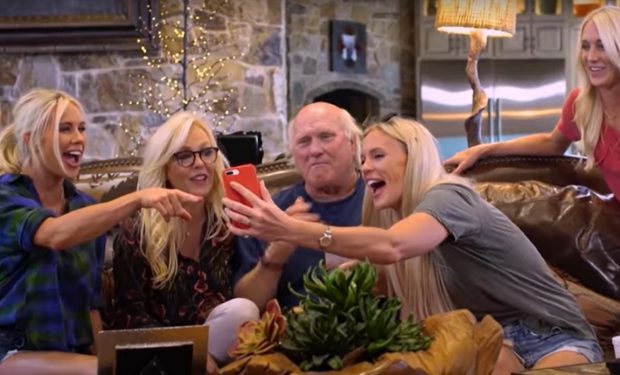 Four-time NFL Super Bowl champion quarterback Terry Bradshaw is starring in his own family reality TV show The Bradshaw Bunch — and it’s about time. Bradshaw won the hearts of many non-football fans when he starred in the travel reality show Better Late Than Never with actors Henry Winkler and William Shatner, and heavyweight boxer George Foreman.

Rachel is a singer, Erin is an equestrian, and Lacey is becoming an Influencer as seen in the cheeky bikini pics above and below. As one fan wrote: “So gorgeous!!!! These might even make it on a tabloid soon.”

Lacey is married to Chef Noah Fox Lester of Hawaii (dark beard above) who also appears on The Bradshaw Bunch which airs Thursdays at 9 pm on E!