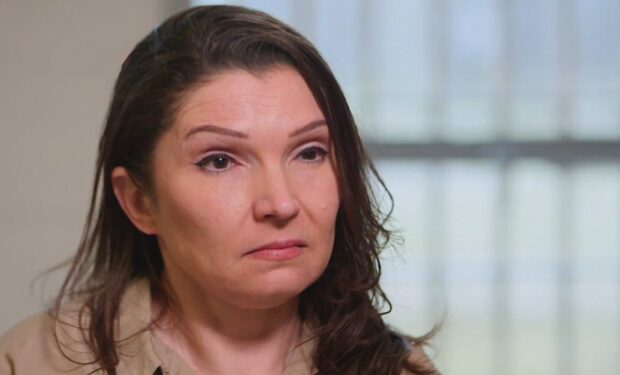 ABC News correspondent Amy Roach sits down for the first on-camera interview with Melanie McGuire since she was sentenced 13 years ago in 2007 to life in prison for the murder of her husband and father of her two children, William “Bill” McGuire.

The 2004 case was dubbed the “suitcase murder” because the victim’s legs were found in a suitcase that washed up in Virginia Beach. His head and torso with bullet wounds were found in a medium size suitcase and his arms in a smaller suitcase in the Chesapeake Bay.

Melanie McGuire, now 47, maintains her innocence from the Edna Mahan Correctional Facility for Women in Clinton, New Jersey, the state’s only women’s prison where there are approximately 500 inmates.

McGuire will not be eligible for parole until she is 100 years old.

During the 20/20 interview, Melanie sends a message to her now adult sons, whom she hasn’t had contact with since her 2007 trial. (The court awarded custody to Bill McGuire’s sister, Cindy Ligosh.) On camera, Melanie tells them: “Make up your mind. Don’t accept what you’re just being told on the surface. Dig, dig.“

20/20 airs Fridays at 9 pm on ABC, right after America’s Funniest Home Videos at 8 pm. [Watch on your phone with the ABC GO Digital App found here. Download is FREE.]