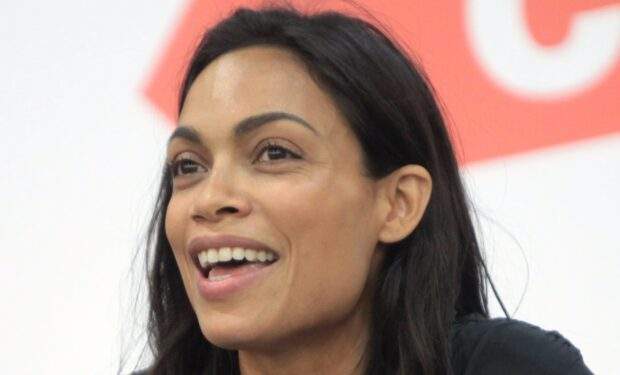 Actress Rosario Dawson will appear next on the big screen in the touching film The Water Man. It’s about a boy named Gunner (Lonnie Chavis, This Is Us) who sets out to save his ill mother Mary (Dawson) by searching for a mythic figure said to have magical healing powers.

They’re filming ten episodes at the Macon Coliseum under strict Covid-19 safety protocols and isolating together for the duration of production.

In the sneak peek video above, during one of the most daring acts, Rosario is suspended over the stage by a man who lifts her up with a chain wrapped around her waist and connected to his face. Go-Big Show will premiere in 2021.