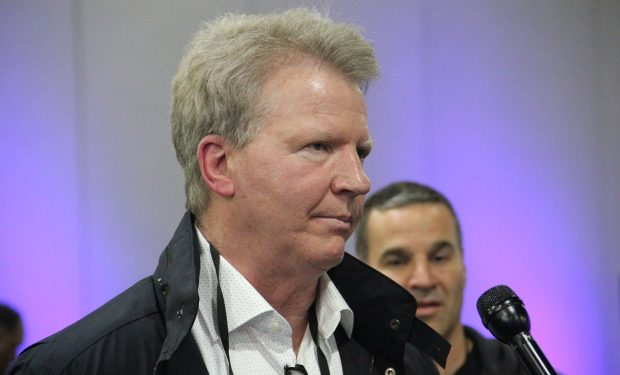 When not talking about professional football on Inside the NFL with fellow analysts Brandon Marshall, Ray Lewis and Michael Irvin, former New York Giants quarterback Phil Simms helps train the next generation of star quarterbacks.

His company Simms Complete QB works with high school quarterbacks in the New York metro area. One of his emerging star clients is quarterback Charles DePrima of Ramapo High School in New Jersey. The “great athlete and natural runner” DePrima committed to Harvard Football (class of 2025).

In his official announcement (below), DePrima thanks his QB coach Matt Simms, Phil’s 31-year-old son who played QB at Don Bosco Prep and Tennessee before he signed with the Jets in 2012.

DePrima and Simms both live in Franklin Lakes, New Jersey. Ramapo High School is ranked the #1 on the Top 20 public school teams in North Jersey (Bergen and Passaic counties).

Inside the NFL airs Tuesdays at 9 PM on Showtime.