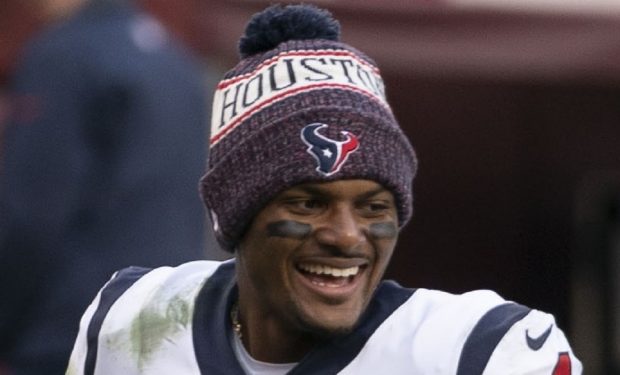 NFL quarterback Deshaun Watson and rest of the Houston Texans are pulling up in Kansas City where they face Super Bowl LIV champion quarterback Patrick Mahomes and the Kansas City Chiefs at Arrowhead Stadium on Thursday, September 10 (8:30 pm on NBC).

When 24-year-old Deshaun Watson arrived in Kansas City, he looked sleek in an all-black Texans warm-up suit with a pair of bright white Air Force 1’s.

The star wrote: “I got designer for days, but it’s somethin’ about ’em.. Go crazy for white Air Force 1’s.” His fans love the look. More than one wrote: “very cozy drip.”

Check out Deshawn all designer in Paris with his girl Jilly, who also looks amazing in bikinis! Make sure to swipe!