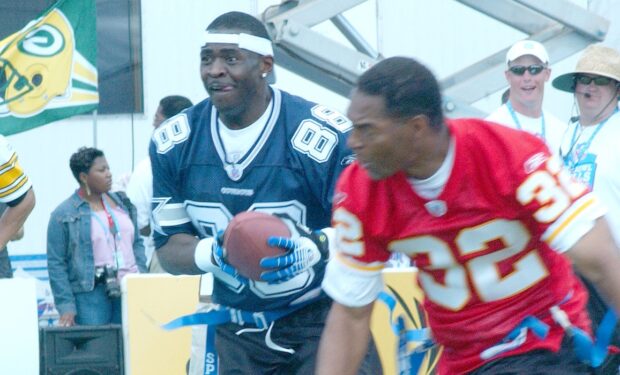 When not talking about professional football on Inside the NFL with Phil Simms, Brandon Marshall, and Ray Lewis, three-time Super Bowl champion Michael Irvin of the Dallas Cowboys spends time with his family including his eldest child, Myesha Irvin, who just turned 30.

The former collegiate soccer player (Texas Southern University) has been flaunting gorgeous bikini pics of herself on social media. The strapless bikini pic above was taken at the appropriately named Breathless Rivieria in Cancun, Mexico.

And pregnancy hasn’t stopped her from posing in a two-piece. Looking good, Myesha!

Inside the NFL airs Tuesdays at 9 PM on Showtime.