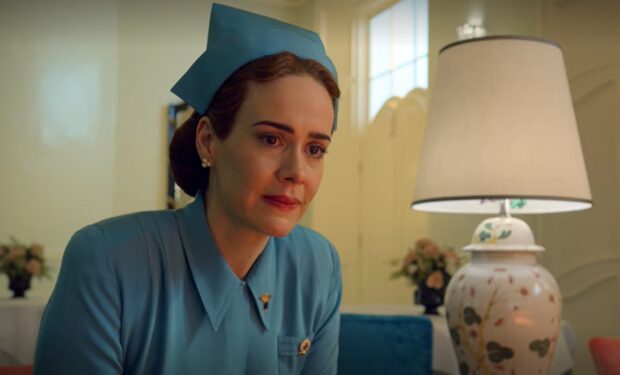 The stars shine bright in the new Ryan Murphy Netflix series Ratchet, named after the nurse in Ken Kesey’s novel One Flew Over the Cuckoo’s Nest. Actress Louise Fletcher won an Oscar for her portrayal of the iconic Nurse Ratchet character in the film of the same title, opposite Jack Nicholson.

In the Netflix series, Sarah Paulson (who also starred in Murphy’s American Horror Story) plays the young nurse Ratchet at a mental institution where she becomes “a downright monster” to her patients. Cynthia Nixon, Sharon Stone and Judy Davis co-star.

Amanda Plummer is the daughter of Oscar winning actor Christopher Plummer, and Rosanna Arquette is the father of the late actor Lewis Arquette (J.D. Pickett on The Waltons) and sister of actors Patricia Arquette and David Arquette.