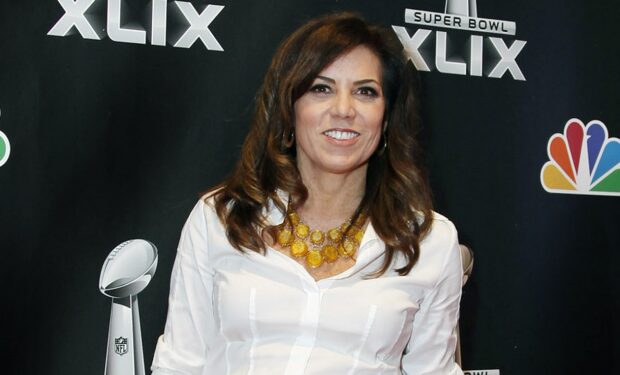 For the past nine years, sportscaster Michele Tafoya has been working with NBC Sports as a sideline reporter at NFL games. Due to the coronavirus pandemic, NFL sportscasters including Tafoya have loss pregame access to players which obviously affects their reporting.

NBC Sunday Night Football executive producer Fred Gaudelli recently addressed Tafoya’s diligent reporting and research with The Athletic: “Whether it was talking to the kickers, whether it was checking in with players on last-minute injuries or things they may be experiencing off the field, or talking to coaches, those were real nuggets that she could mine.”

Gaudelli added, “She worked her ass off during pregame,” and now he hopes that “some guys will come up to talk to her. But I think players will be discouraged to do that.”

On Thursday, September 10, Football Night in America airs at 7:30 PM ON NBC, right before the Sunday Night Football game: Houston Texans at Kansas City Chiefs at 8:30 PM ON NBC.