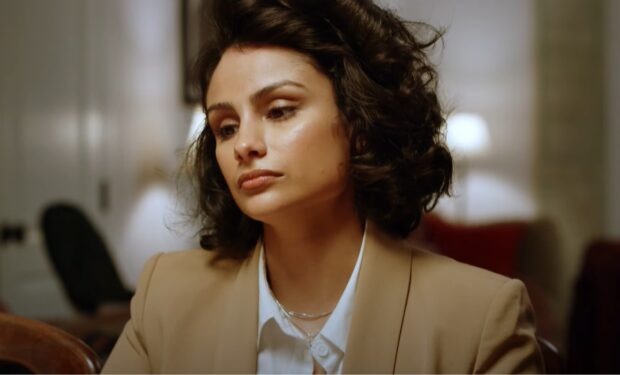 R&B singer Miguel is featured on Alicia Keys‘s highly anticipated seventh studio album, Alicia. ‘Show Me Love’ is the name of the song and that is exactly what Miguel is doing for his smoking hot wife, model/actress Nazanin Mandi.

Miguel is so proud and he’s encouraging his millions of followers on Instagram to see Nazanin in the movie The Last Conception on Amazon Prime. It’s her first lead in a feature film!

It’s a dramedy about an Indian family that learns they’re part of an ancient bloodline and the only hope at continuing is their 30-year-old gay daughter Savarna (Nazanin). Watch trailer above.

Nazanin will appear next on the big screen in the horror/thriller Dreamcatcher starring Zachary Gordon (Diary of a Wimpy Kid) and Niki Koss (Famous In Love). It takes plays at an underground music festival. Fun fact: Lou Ferrigno Jr (S.W.A.T.) also has a role in the film.