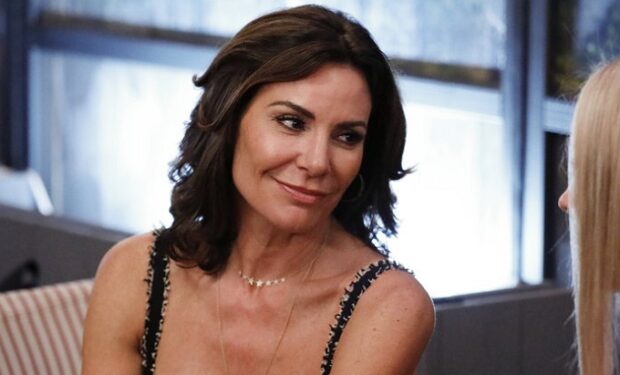 Luann de Lesseps is best known as a star of The Real Housewives of New York City. While filming the reality TV show, Luann has gone through a divorce (with husband Count Alexandre de Lesseps, the father of her two children Noel and Victoria), remarried even though everyone warned her against it, got arrested and went to rehab, and launched her career as a cabaret singer. In other words, she’s been busy!

When not on stage or filming RHONYC, Luann has pursued an acting career too. She made her acting debut in a 2011 episode of Law & Order: Special Victims Unit (she plays an art collector) — see video below.

Luann’s most recent acting role was in the 2018 TV movie Maternal Secrets opposite Kate Mansi (Days of Our Lives) and Top Gun star Kelly McGillis. Luann plays the “real” mother of boyfriend Jackson who goes missing during their babymoon in Bermuda.