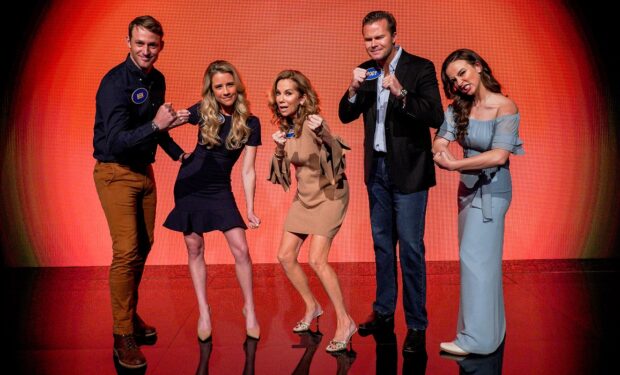 Cody recently got married to actress Erika Brown. The USC grad has appeared in a number of TV shows including Dexter, Hawaii Five-0, and Henry Danger (Jolie), among others.

Her favorite actress is Mary Tyler Moore. So much so that she’s memorized the dance MTM performed on The Dick Van Dyke Show (see above and below) — and performs it to the JLo song “Let’s Get Loud.” Adorable! Did we mention she filmed the video above on her honeymoon and in flip flops?!