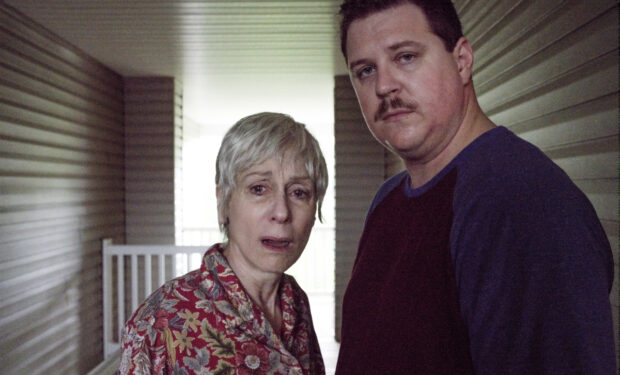 Jewell, who lived with his mother Bobi, was working security at the 1996 Atlanta Olympics when he discovered a backpack with a bomb in it. He was at first considered a hero but when the media leaked that the FBI considered him a suspect, Jewell’s life would never be the same.

As seen in the trailer above, even his mother doubted his innocence. (In real life, Jewell — who was never charged — was cleared after FBI fugitive Eric Rudolph confessed to the bombing 88 days later.)

Richard Jewell’s mother is portrayed by Judith Light (Transparent, Ugly Betty, Who’s the Boss?). When asked what it was like to work with Light, Britton said: “I still comfortably call her mama. She’s just loving and dedicated. She was crying at the table read, in an $8 department store wig, like it was her first project that she’d ever done.“