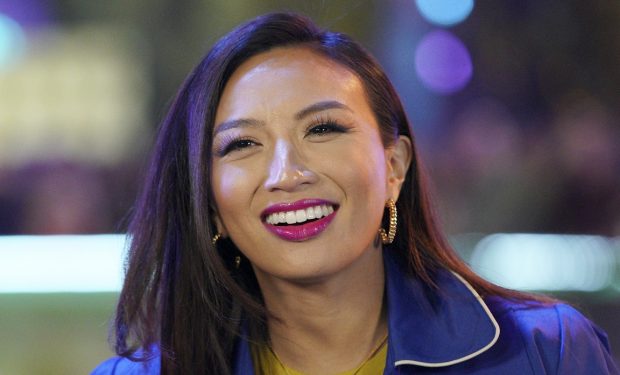 Jeannie Mai is one busy woman. When not co-hosting the daytime TV talk show The Real, she’s working as a sideline reporter on Steph Curry‘s Holey Moley prime-time game show or competing on Dancing with the Stars.

When not on a TV set, Mai spends time with her husband, rapper Jeezy. When Jeezy shared the dazzling video of the power couple kayaking, he wrote a cute caption: “Training for the 2024 Olympics.”

With the solo bikini pic above, Jeannie writes: “Some of you have never heard Freek-a-Leek by Petey Pablo and it really shows.”

Is there a cuter couple in Hollywood right now?!

Jeannie Mai and her family played Celebrity Family Feud against fellow TV host Maria Menounos. The episode is re-airing on Thursday, September 17 at 8 pm on ABC.