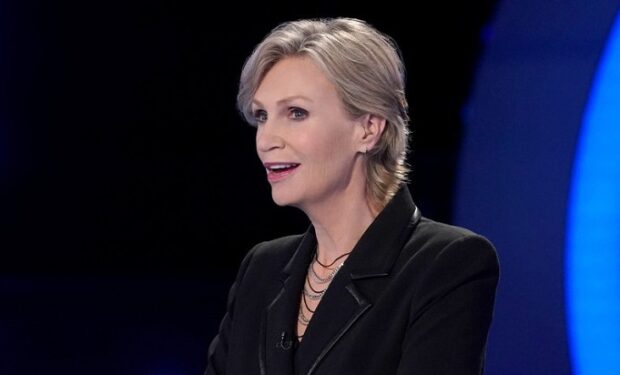 On the Weakest Link, contestants (who have never met before) work as a team to play a game of trivia, then vote to eliminate the fellow contestant they consider to be the “Weakest Link.” The contestant who receives the highest number of votes leaves the game as Jane declares the iconic phrase, “You are the Weakest Link. Goodbye.”

The 6-foot-tall host stands tall in a sleek black double-breasted pant suit and strikes a serious pose at the Weakest Link podium like a seasoned moderator at presidential debate about to grill a politician about his tax records. Note: Veteran Fox News Sunday anchor Chris Wallace is moderating the first 2020 Presidential Debate. But Jane could no doubt fill in!