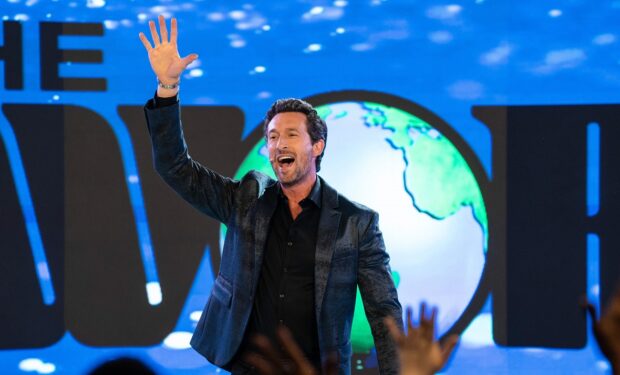 The new soapy family drama on Fox, Filthy Rich, is about the Monreauxs, a wealthy family in New Orleans that has made millions from its televised Christian ministry, Sunshine Network. When the patriarch (Gerald McRaney) dies in a plane crash, it’s revealed that he fathered three illegitimate children with three different women.

Those kids are now adults and want more than the $1 million they are offered if they signed non-disclosure agreements. Kim Cattrall (Sex in the City) stars as his Gucci-wearing widow who is worth $2.2 billion.

Southern-born screenwriter Tate Taylor who wrote, directed and executive produced The Help said about Filthy Rich on FOX: “To have Fox be so brave to make a show about faith and religion and the difference we have in America but not do it in a satirical or bias way — that’s what I am most excited about. There’s no right or wrong. It’s not pro or anti-Christian.”

Taylor’s next film Breaking News in Yuba County stars Allison Janney, Mila Kunis and Regina Hall. Set in Mississippi, it’s about a woman who secretly buries the body of her husband after he dies of a heart attack when caught cheating on her.