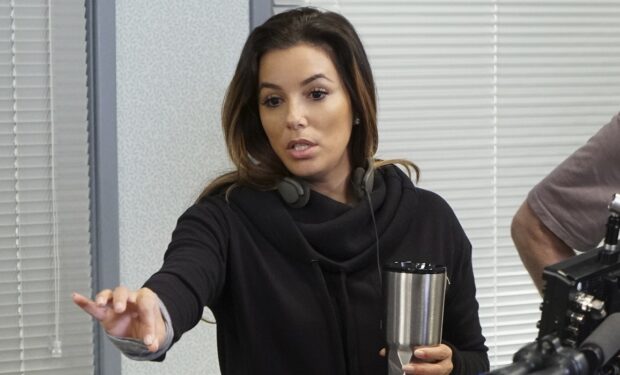 It’s a biopic about Richard Montanez, a Mexican immigrant who worked as a janitor at Frito-Lay before creating the famous spicy Flamin’ Hot Cheetos snack.

When not a movie set or encouraging her millions of fans to VOTE, Longoria, 45, continues to workout and the results are clear. As fellow actress and producer Holly Robinson Peete says: “You look 18!” We agree!