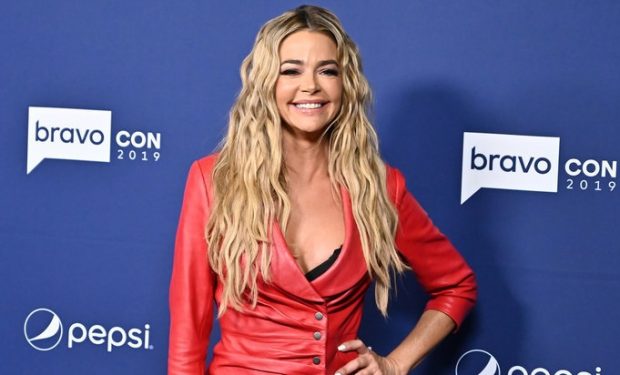 After two dramatic seasons of The Real Housewives of Beverly Hills, actress Denise Richards is throwing in the reality TV towel and focusing on her acting career. She’s currently in Madrid, Spain filming the new series Glow and Darkness. Set in the 12th Century, it narrates the life around Saint Francis of Assisi.

Denise plays French princess Marie of France aka Queen of Champagne, “one of the most influential women of the time.”

Marie (Richards) was the daughter of King Louis VII and Duchess Eleanor of Aquitaine, who is portrayed by Jane Seymour!

Marie’s birth was hailed as a “miracle” by Saint Bernard. The high profile marriage of her parents didn’t last long: it was annulled when Marie was 7 (after the Second Crusade to the Holy Land). Soon after, Eleanor married King Henry II and became Queen of England.

Fun facts: Katharine Hepburn won an Oscar for her portrayal of Queen Eleanor in the 1968 film The Lion in Winter. Joan Collins also has a role in Glow & Darkness but details have not yet been released.

Check out the dramatic trailer for Glow and Darkness below!