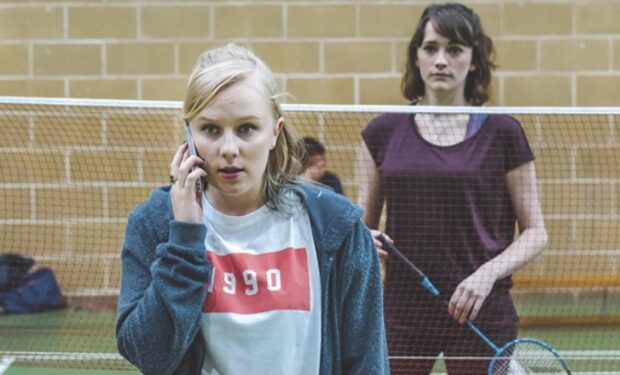 The American TV network CW is airing the premiere season of the British comedy-drama TV series Dead Pixels on Tuesday nights. It’s about a group of friends (Meg, Nicky and Usman) who are obsessed with a fictional video game, a MMORPG (Massively Multiplayer Online Role-Playing Game) called Kingdom Scrolls.

Meg, who’s trying to make a living from playing the game, is portrayed by 25-year-old Welsh actress Alexa Davies.

American viewers will recognize Alexa from Mamma Mia! Here We Go Again as Young Rosie (Dame Julie Walters). She will appear next on the big screen in the history drama Misbehaviour.

It’s about a group of women who devise a plan to disrupt the 1970 Miss World beauty competition in London. Keira Knightley stars as Sally Alexander; Alexa plays Sue; and Greg Kinnear plays American entertainer Bob Hope. Misbehaviour will be released on September 25, 2020.

Dead Pixels airs Tuesdays at 8 pm on CW, right before Tell Me a Story at 9 pm.