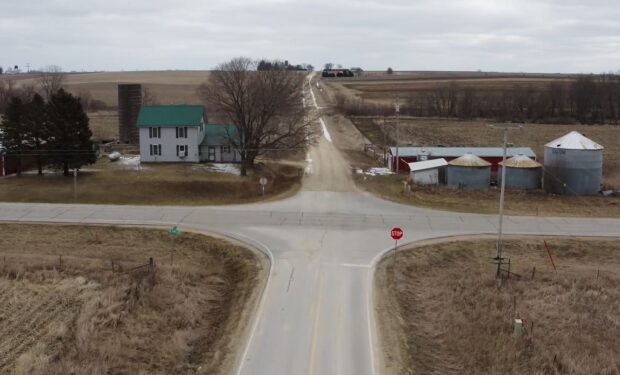 The 48 Hours episode ‘The Corn Rake Murder’ investigates the 2018 death of Amy Mullis, a 39-year-old farmer’s wife who was found impaled on a corn rake in a shed on their Earlville, Iowa hog farm. Her 13-year-old son Trysten Mullis found her in the shed and screamed for his father Todd Mullis.

When Todd arrived he removed the rake from her back, put her in his truck, and he and Trysten raced to the hospital. Their 911 call is recorded below.

The corn rake had four sharp tines but the medical examiner found six puncture wounds in her back which had the M.E. question if Amy’s death was an accident or murder. In 2019, Todd was accused of murder in the first degree.

According to the Des Moines Register, Amy’s ex-lover Jerry Frasher testified at Todd’s murder trial and told the court she was afraid of her husband. Frasher testified: “She said she felt like a slave or a hostage around there. She said she was wanting (to leave Todd). One time, she said if he ever found out (about the affair) she would disappear.”

In September 2020, after nearly seven hours of deliberation, Todd Mullis was found guilty and sentenced to life in prison without parole. At his sentencing, Mullis, who maintains his innocence, said “I was a faithful and loving husband, and I never did this.”

Mullis and his new attorneys pushed motions for a new trial, arguing that his previous lawyers were ineffective and question prosecutors’ conduct. Those motions were denied; they are now planning to file an appeal.