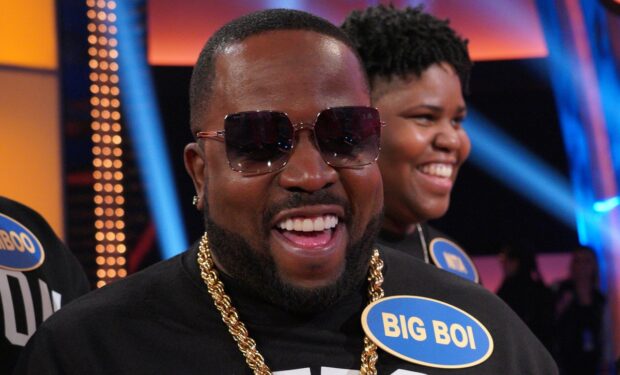 Rapper Big Boi (born Antwan Patton) is best known for being a member of the hip hop duo Outkast with Andre 3000. The Savannah, Georgia native is now 45 and occasionally acts. He recently appeared in the 2018 movie Superfly (as Mayor Atkins) and most recently played himself on Celebrity Family Feud.

“The Patton Clan” – including his mama Rowena — played against rapper 2 Chainz and his business partners and Real U artists. Big Boi described the experience as “dopeness.”

When Big Boi shared the video above from his Celebrity Family Feud watch party at home, he revealed an impressive sports room loaded with NFL memorabilia (framed Manning and Sanders jerseys on the way; helmets in the fireplace) and a large figurine of Star Wars character/icon Darth Vader in the corner.