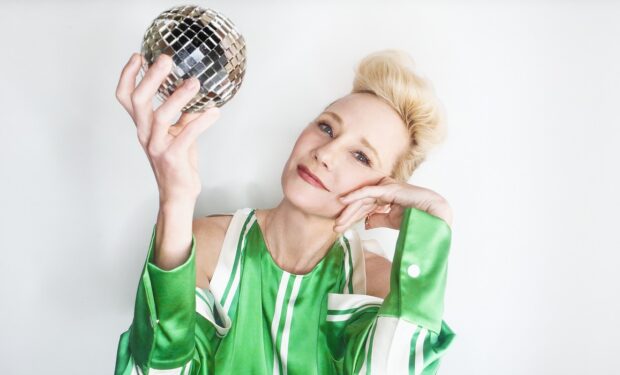 Actress Anne Heche, who has starred in big Hollywood movies opposite Robert De Niro and Dustin Hoffman (Wag the Dog), Harrison Ford (Seven Days, Seven Nights) and Denzel Washington (John Q), among others, is one of the celebrity contestants on Season 29 of Dancing with the Stars with new host Tyra Banks.

Before doing the Cha Cha to Dua Lipa‘s “Don’t Start Now” on the premiere episode (Monday, September 14), Anne was interviewed and asked about her Dancing with the Stars experience so far.

She said in the video above: “My physical body is trained to be available to whatever experiences it is that I’m meant to be the vessel of, really.” Dancing is a different craft for Anne the actor.

She also says in the video above that the most difficult thing to remember, while filming during the COVID-19 pandemic, is that “we can love each other, and connect, and we’re really capable of healing… some of the hurt through laughter and joy.”