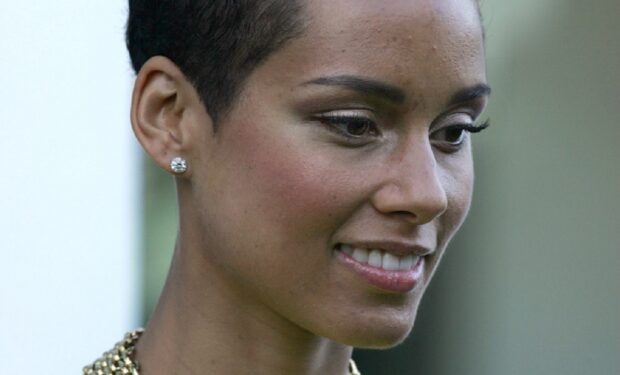 15-time Grammy Award-winning singer/songwriter Alicia Keys is dropping her new album, Alicia, on Friday, September 18, and yes, it’s going to be huge. The 15-track album includes the song “You Save Me” featuring Snoh Aalegra.

Snoh wrote that it was a “big honor to vibe and write a special song with the legend the QUEEN” and that she’ll “never forget the warm energy” of this night. She calls it “truly magical.”

That “warm energy” is for real. As one fan put it, Snoh’s music “makes me feel like i’m laying in a warm basket of laundry.” Check out her NPR Tiny Desk performance below.

Snoh Aalegra (born Shahrzad Fooladi; her parents are Persian) is a Swedish singer and songwriter who lives in Los Angeles. She’s known for her debut album Feels (2019) and her sophomore album Ugh, Those Feels Again (2019).

She also recorded the song “Wolves Are Out Tonight“, produced by Alicia’s husband Swizz Beatz, for the Godfather of Harlem soundtrack.

In July 2020, Snoh signed a recording contract with Jay-Z’s Roc Nation Records/UMG with a partnership with her current label ARTium Records, and released her first single though both labels “Dying 4 Your Love.”