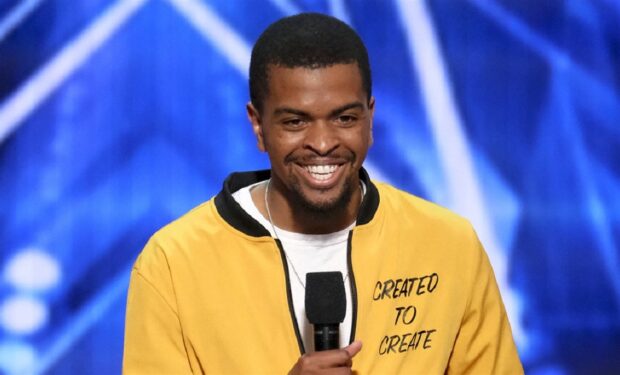 Spoken Word artist Brandon Leake won Season 15 of America’s Got Talent. While most acts missed the energy of performing in front of a live audience, the silence seemed appropriate during Brandon’s performances on stage.

Viewers at home could hear every single word without distraction or interruption. Brandon is not only talented and compassionate but his art is timely. He used the AGT platform to address social injustice while the country took to the streets to participate in Black Lives Matter demonstrations.

One of his biggest fans is Mayor Michael D. Tubbs of Stockton, California (Brandon’s hometown). When Brandon won America’s Got Talent, Mayor Tubbs wrote: “When it’s lit” with a series of fire emojis. Tubbs was elected mayor in 2016, becoming the youngest mayor in Stockton’s history and its first African-American mayor.

Mayor Tubbs, now 30, is running for re-election this year. He addressed Brandon directly: “Your words moved the nation and you represent the best of Stockton. You prove once again that talent is universal, all we need is opportunity and tonight you made the most of yours!