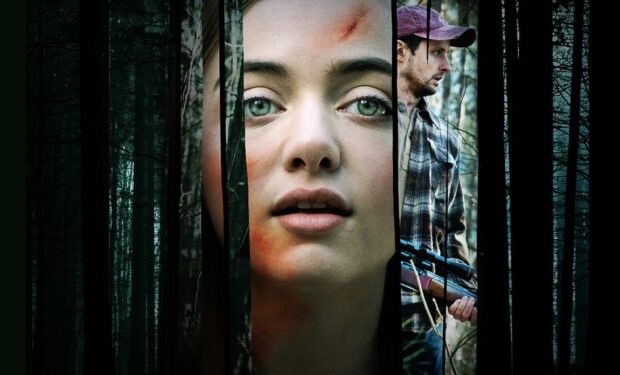 The protagonist of the Lifetime movie A Murder to Remember, which is inspired by New York Times bestseller Ann Rule’s true crime collection Empty Promises, is Robin Rivera who celebrates her one-year wedding anniversary with her husband Javier (Kevin Rodriguez) on a camping trip. When Javier ends up dead, Robin accepts the help of a mysterious camper named Sam (TC Matherne) who is obsessed with Robin and convinces her that he saved her from the rough wilderness.

Robin Rivera is portrayed by Maddie Nichols. The Louisiana native is known for her roles on the new drama Council of Dads (Freya), The Outsider (Wanda), Hawaii Five-0 (Annie Kehr), and The Purge (Kaylee), among others. Learn more about Maddie in the video below!

Maddie will appear next on the big screen in Daisy and Smiling Jack, a comedy about Daisy (Jency Griffin Hogan) 39-year-old librarian who desperately wants to have a baby with Jack (Bryan Langlitz), the man of her dreams but finds out he does not want to have kids.

A Murder to Remember premieres on Lifetime on Sunday, August 2 at 8 pm.